in all the wrong places (1).  Bugs we’ve seen who park upon, attach themselves to, squeeze into, and otherwise make use of non-natural spaces.

Cicada Emerging at Night – Note they’re much more colorful at this stage, than when they are buzzing as mature adults. From cell phone:

All bugs that actually entered buildings were given safe escort to the outdoors. No bugs were harmed in the making of these pictures, though two were deceased when found. Moths heavily represented; ideas on identification are welcome. Anyone who feels bugged by viewing bugs should skip this post! Oh, and there’s one snake.

My cat Bud will grace us with a cameo appearance, as a special favor.

The photos won’t always be in good focus because bugs are flighty and squiggly. And because I’m not a photographer, I’m a painter. I mostly use a Canon now, unless otherwise designated. All are copyrighted 2015 but a few are from earlier years.

It’s around midnight, in the warm, spacious dark; cell phone:

This takes a really long time

They have all this, nearby; lots of cool branches, plenty of snug underbrush. Go figure why one would adhere itself to a railing to transition! (Back to Canon unless otherwise noted) 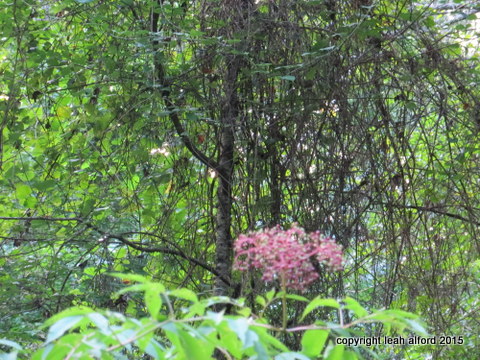 Green forests are perfect for bugs

Another night, another cicada still showing a trace of newly minted coloration. Cicada with mood lighting:

A casual night, we can scree later

Near as I can tell from the guidebook and the online image galleries, this moth most resembles “The Hebrew Moth”, but has broader bans of black. Night visitor, gently guided onto paper towels, photographed, then set free: 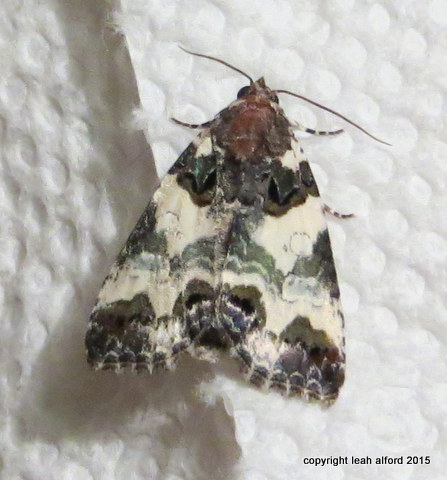 Blue Dasher Dragonfly, choosing the back of a yard chair to light upon, consistently: 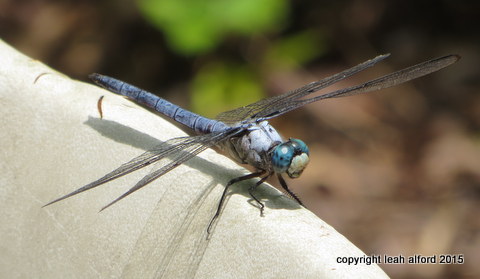 Partaking of tasty mosquitoes (we hope)

Polyphemous Moth, outside at night as it should be, except … it’s on my husband’s shirt, catching a ride:

Vintage photo of Polyphemous Moth inside at night, 2012, Kodak digital camera. This moth appears to have some damage, from whatever eats moths out there in the deep dark woods:

Antlion, or Antlion Lacewing, interior window. Opinions differ as to weather the name ‘doodlebug’ refers to the larval stage or to the Antlion itself:

This Antlion was found deceased in 2013:

Very textural wings on this one 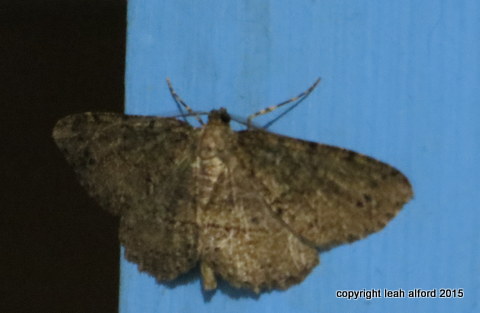 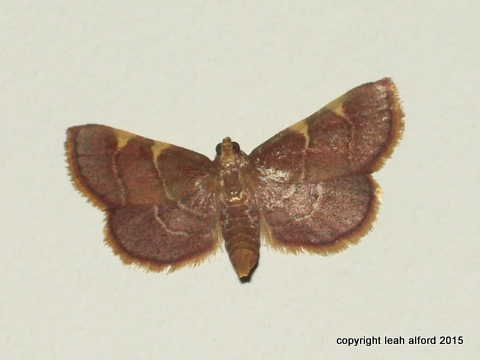 The Pink Striped Oakworm Moth places her eggs on the undersides of oak leaves. This poor moth never made it to the tall oak tree about 40 feet away. Found outside on a landing in the morning, she was either attacked by a predator, or accidently stepped on in the dark. Her eggs were scattered around her. It’s ‘circle of life’, but it’s sorrowful to me, that part of the natural world. My husband carefully gathered up the eggs on a piece of paper and placed them in a container, with oak leaves, in case there is still a chance they could become caterpillars. More about this species here: http://www.hiltonpond.org/thisweek080316.html 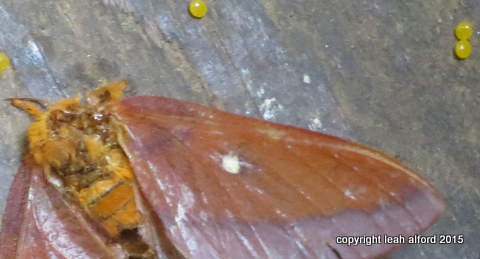 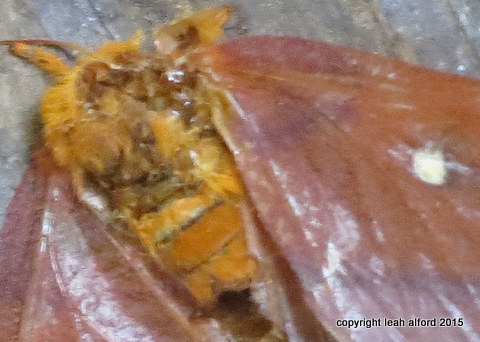 Some vintage photos of moths, both drawn to windows of lighted rooms when they landed; lights were turned off by me when I went to take photos. Luna Moth, on glass, outside, taken with old Kodak camera: 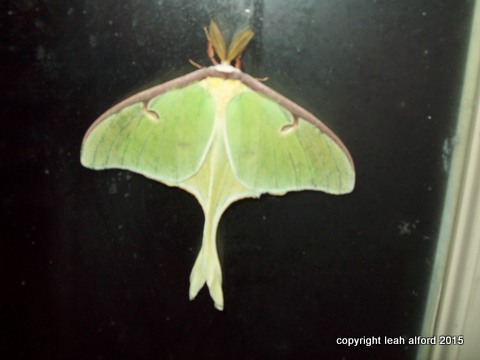 Imperial Moth on glass, outside, taken in the 80s with an old Minolta film camera: 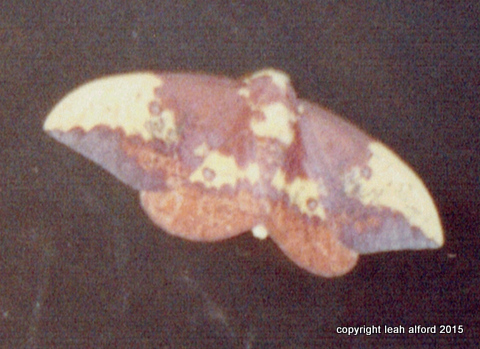 We used to see the above two species often, but they’ve absent for several years.

One recent morning I got up, sat down at the computer, looked out the window, and saw a snake climbing up the house! In the wrong place, that one! My husband wrangled him off the house and into a plastic tub using a snake-loop. He is experienced at this. DON’T try this yourself, call an animal control expert. He then took the snake away from the house, and we took pictures as we waited for the snake to release himself. General consensus of opinion is, this was a rat snake, which is not poisonous; still, all snakes will bite. 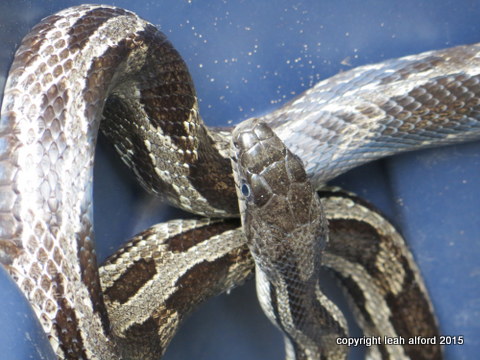 Rising towards escape. The snake tongue kept flickering – to sniff out the surroundings  – and is faintly visible below. I kept missing it every time! 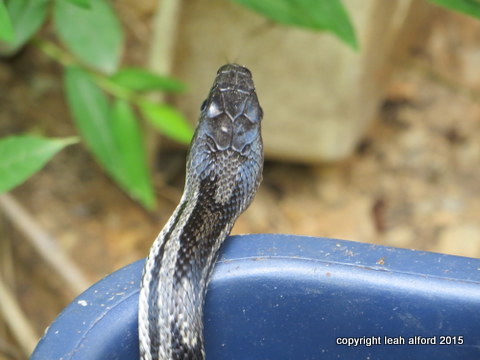 Beneficial rat snake finds his way to the woods

Mighty cat Bud, with a little age on him, no longer looks for bugs himself. So our bug rescue and eviction is more leisurely now. Here, he’s a bit disgruntled that he isn’t heading up this post. He feels it should’ve been titled “Looking for Bud …” He doesn’t take my point that he’s always in the right place. Maybe next time, Buddy!

Something has caught Bud’s eye