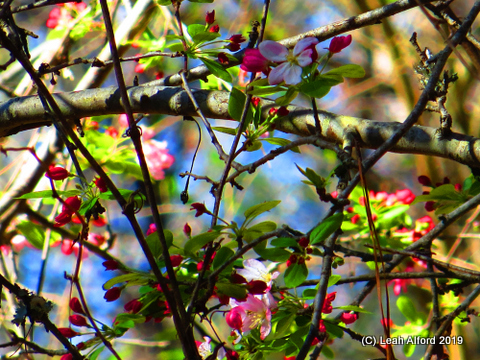 Spring’s here . . . and has been for awhile. I first noticed these blooms on February 27th. The tree is a crabapple as near as I can tell. The flowers change after the initial magenta buds open and they’re staying for a long time this year, through wind and cold. These pictures were taken March 5th. 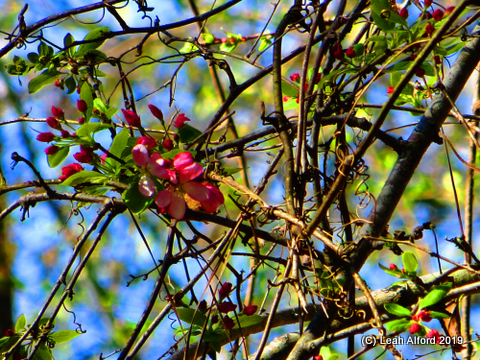 They have the right idea!

It’s always the first tree to bloom but still, this crept up on us. I’d have expected them about late March-April-ish. 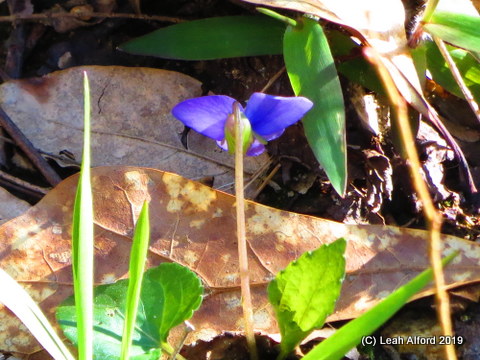 Angling in on the Violet

We saw the first violet on February 27th too, but these pictures were taken in early March. 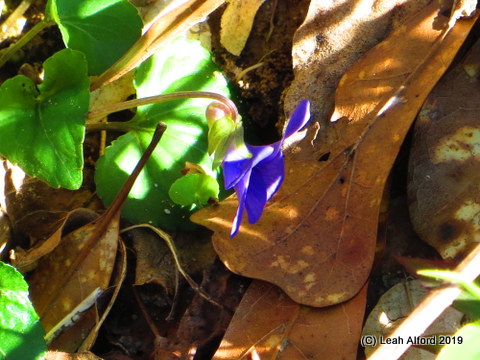 Violets have many tricks

Wild violets are some of my favorites. 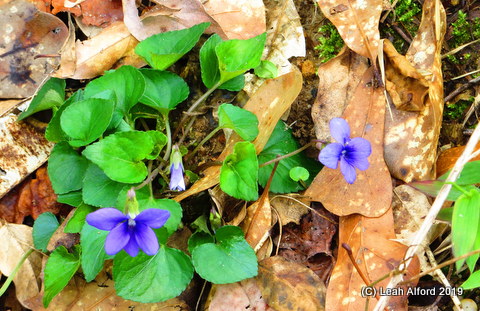 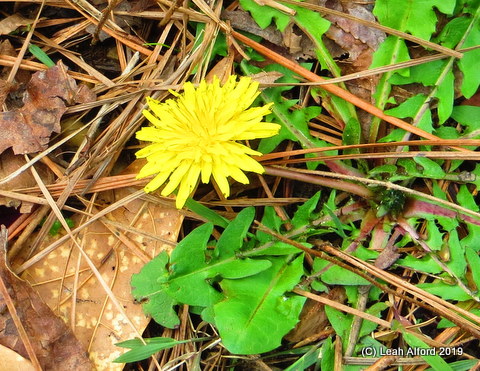 First and only dandelion, seen on March 8th. This was in the middle of the road; we don’t usually see them in the woods. We’d love to have more, they’re good for bees! 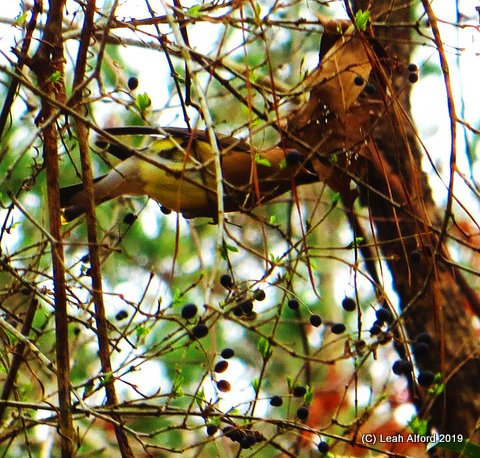 To give a sense of what happened on February 10th using very bad pictures, about fifty Cedar Waxwings came for the berries. They were fluttering and tweeting throughout the trees for just one day.

So nice visiting with these birdies!

Two cardinals, a male and a female, showed up later in February. The pictures I took of them were even worse than these, lol. We see flashes of them through the leaves, which are slowly sneaking back. The two cardinals may be nesting, another sign of spring! 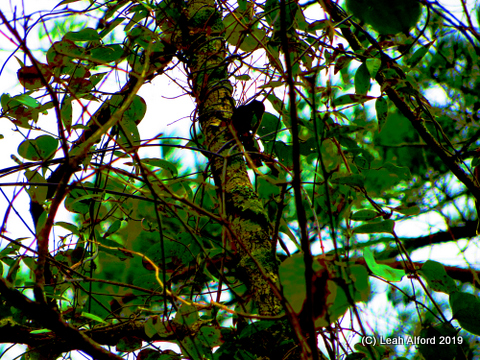 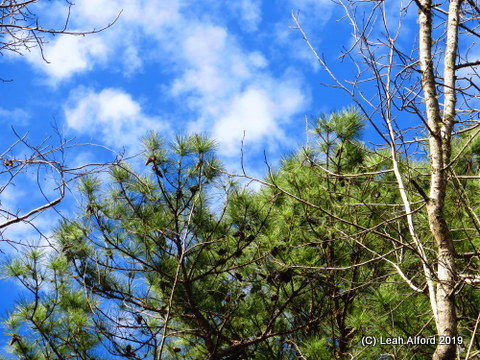 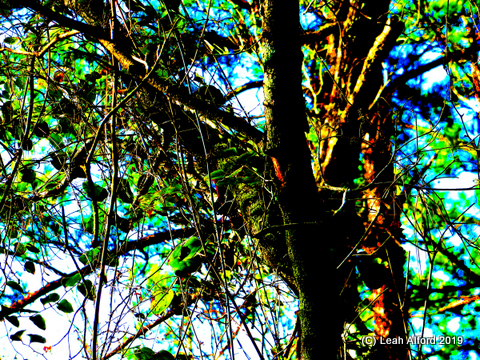 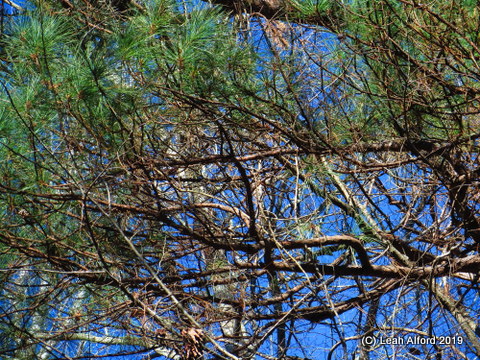 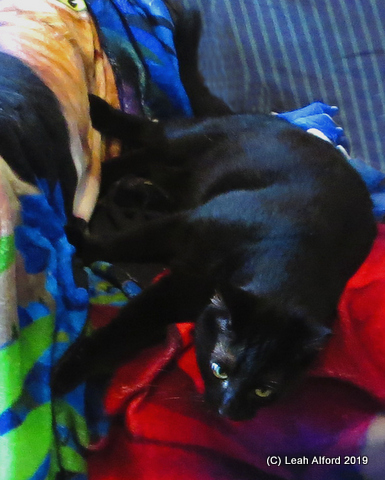 Water’s up quite a bit! 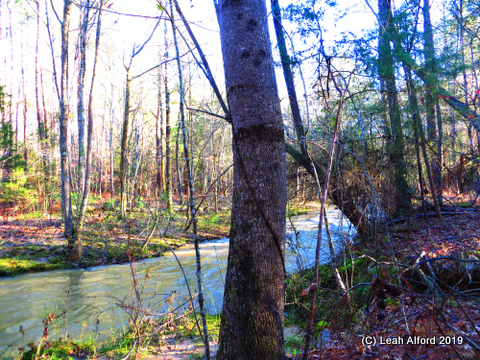 And, there it goes!

After lots of rain in January, a slight flood with more turbulence than you see in the pictures.

And, don’t tell anyone but I forgot to include this in my last autumn post. Seems like we were just here yesterday, time moves so much faster than I do now: 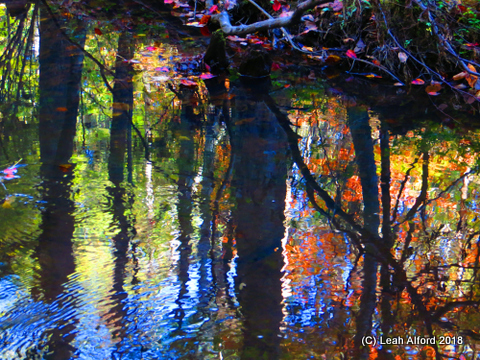 The woods looked like this during that long-ago season that doesn’t even feel distant to me yet: 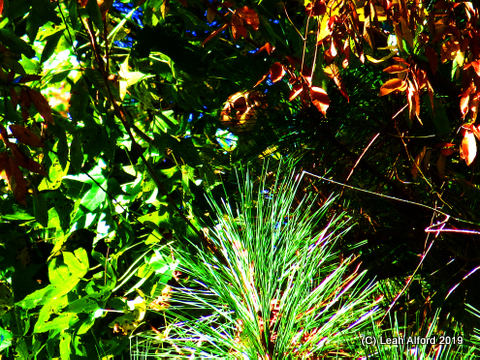 Spots of brightness in the canopy

Stay tuned, we’re only in the beginning phase of spring and it’s changing fast.