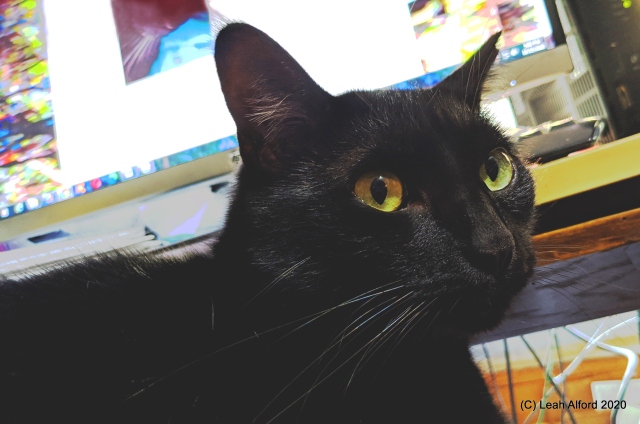 Sylvestris is said to have several meanings; the one I see most often is “of the forest”. But for this photo essay it will designate “forest”, and felis will designate “cats”.

Reflections of the forest in a steam

Many creeks run through sylvestris; this one is closest to us.

Leaves pause at the rocks

Felis can’t live in sylvestris anymore. It just isn’t safe for kitties there, or in any of those former forests now modified to be cities, suburbs, and other places. (We do have to make an exception for those cats who are feral and cannot live indoors with humans.) Sylvestris became attached to the name felis. My own feeling as to why that fits is because of the unusual way in which humans and felis became acquainted. We didn’t deliberately breed them for domestication like we did other animals, they stepped out of wild spaces and came to us, drawn by the rodents around our stored foods. Both species adapted to each other. Lynx really looks like a small wild felid, I think! 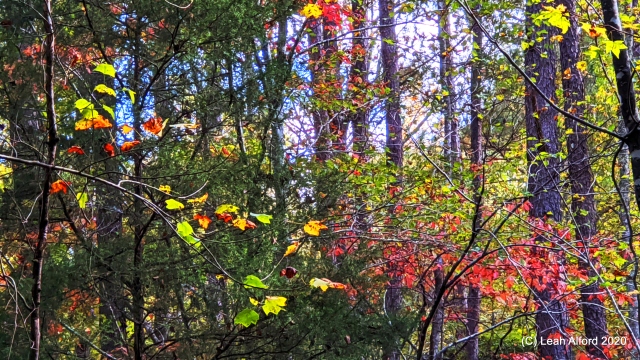 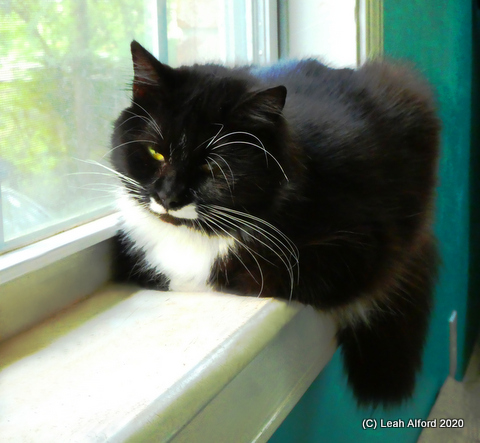 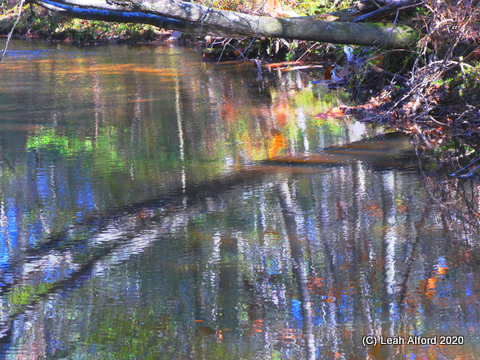 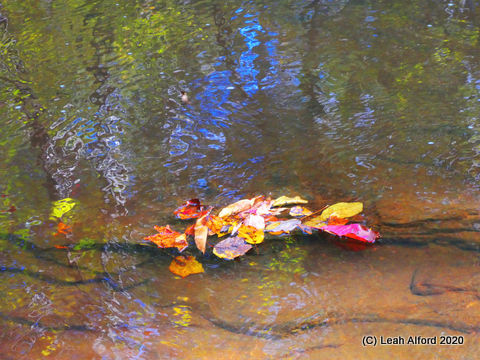 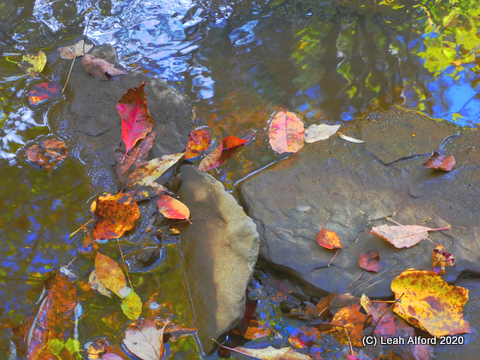 There aren’t a lot of leaves gathered in the creek now, like there were on the last trek down there. Rain washed those away. There also aren’t any fully turned trees all red, all orange, or all yellow. The sweetgum and oak trees are just now getting going so maybe? in a week or so? Maybe more leaf patches in the creek too? Our weather doesn’t know what to do with itself. 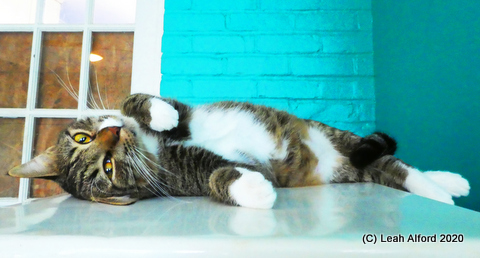 Stripey doesn’t do windows often. He loves to roll around and play! He’s a big show-off, sort of like Sylvestris in autumn.

I like the color mixes of the slow fall, myself.

About four of those broad-leaf magnolia trees are part of this jammed up leaf bunch.

Y’all, I have so many pictures already of the creek, the trees, and all the cats; enough to likely keep going all through the winter, and with more in the camera. So here’s our friend’s cat, Shelley, for her cameo; it’s sunset, the light is low, so her pupils are wide to gather in more light: 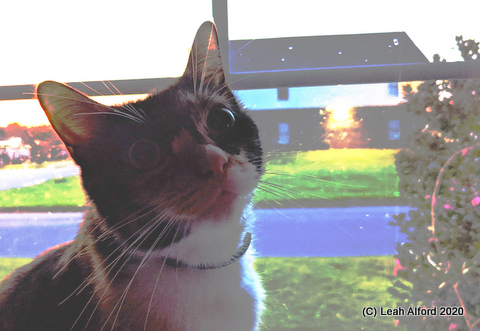 And, here’s Boss again, pretending to ignore my book, Catwoods (another way of saying felis sylvestris), which would make a great holiday gift. That silver decal is a nifty MUSE Award Winner sticker! And, it’s a long book, about 363 pages, for long winter reading ahead. Boss won’t be impressed unless we can publish the second book, where he comes along!

There will be more pictures, I just work slowly. I may be slow to respond to comments, too.